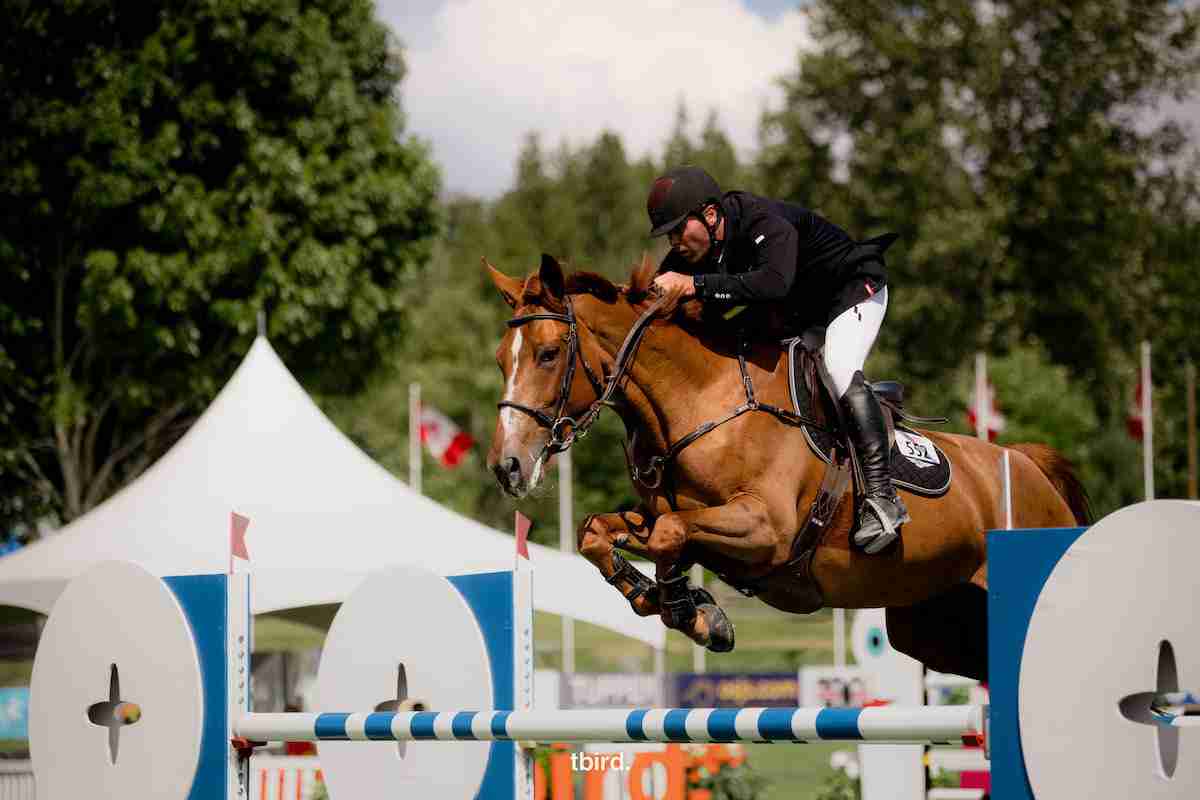 Just three combinations were able to navigate Joey Rycroft’s (CAN) first round 1.35m track without fault, and none did so with the ease of Syrah, who caught eyes with her professionalism. With the advantage of returning last in the jump-off, King made up his time and then some following a swift left turn to the penultimate vertical.

“I thought I was a little slow with the first right turn [in the jump-off], and I kind of [took a risk],” King said. “She’s just so scopey and brave. We turned up [to the penultimate fence], and [the distance] showed up. I saved three seconds there, I think! Then I was able to cruise all the way home. She’s very brave and very capable of jumping off a short turn.”

King has been developing Syrah since the end of her 5-year-old season; he purchased the mare, in partnership with Stuart Belkin, at the recommendation of friend and colleague Niko Goyette in Europe.

“She’d had a foal at a young age, and [Goyette] had been developing her and called me and thought I should buy her,” King recalled. “It happened to be good timing for me.”

The pair has capitalized on the opportunity to jump young horse divisions at a myriad of venues, taking wins from Langley to Thermal (USA) and San Juan Capistrano (USA). At tbird, the locally based-King appreciates the opportunity to develop his up-and-coming mounts on the expansive grass field that characterizes the Fort Grand Prix Arena.

“What an opportunity to get out on the field with these horses. It’s incredible,” King said. “I feel happy that I’m a local here, and I try to take full advantage of the young horse divisions here. It’s nice to see that the support [for them] is getting bigger and bigger each year.”

With eyes toward a big future, King is focused on keeping Syrah confident and successful. He plans to keep the mare in the 7-year-old division for the remainder of the year before progressing to some 1.40m classes in 2023.

“She’s been stepping through the age classes with ease. She’s very scopey—a ‘beyond her years’ kind of mare,” King said. “We have high hopes for her to compete at highest level.”