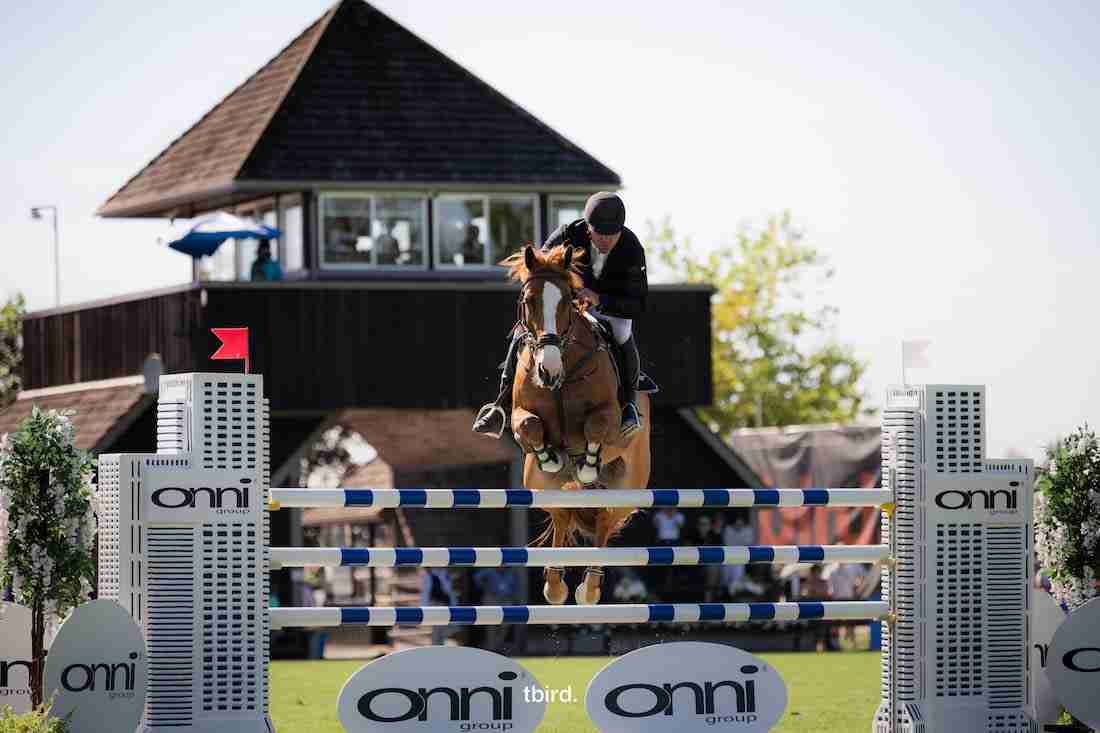 Heading into the CSI3* ONNI Grand Prix, Kyle King (USA) found himself playing the role of the bridesmaid.

In the CSI3* tbird Speed 1.45m, he finished third to Matthew Sampson (GBR). In the Maui Jim Grand Prix (national standard), he finished second to Sampson. After 13 of 14 horses jumped off in the CSI3* ONNI Grand Prix, Sampson was leading.

King was last to jump, and he gave Peter Holmes’ shortened track his all. He and Christine Maclean’s Etalon flew through the timers more than a second faster than his competitor to claim the win in the feature event of the CSI3* Summer Fort Welcome.

I saw Matt go, and you know, I’ve been watching Matt. He’s just been kicking my butt every time, and I kind of consider this my home field, so I was getting a little [upset] about it,” King said.

King, who bases his business locally in Langley, defended his home turf in an exceptionally quick jump-off that saw 14 horses navigate a clear first round over Holmes’ course. As the jump-off became increasingly quick, King saw his opportunity to win between the first and last two fences.

“I saw that [Sampson] was a little bit slow from [fences] one to two,” he said. “I got the same numbers on the rollbacks, and then maybe I was a little quicker to the last jump. I pulled on the reins a little later.”

It was meaningful for King to earn the win with Etalon, a horse with whom he’s been partnered for more than four seasons. The chestnut has been a pleasant surprise for his owner, who originally imported him to be a hunter. Maclean purchased Etalon off a video and was told he’d be best suited for heights up to 3’6” (1.10m), but she was quickly proven otherwise.

“I bought him, and he was a little more horse than I needed,” Maclean said. “He jumped me off, and then he jumped another professional off, and so that professional asked Kyle if he would take him on, and it was a match made in heaven.”

According to JUMPR App, King and Etalon finish in the top 10 61% of the time when competing at 1.50m.

“He’s just a dude,” King said. “He’s been a longtime partner of mine now, and he’s very brave, so I can put good angles [on the jumps], I can roll back pretty tight, and he can wide open gallop. I can really count on him.”