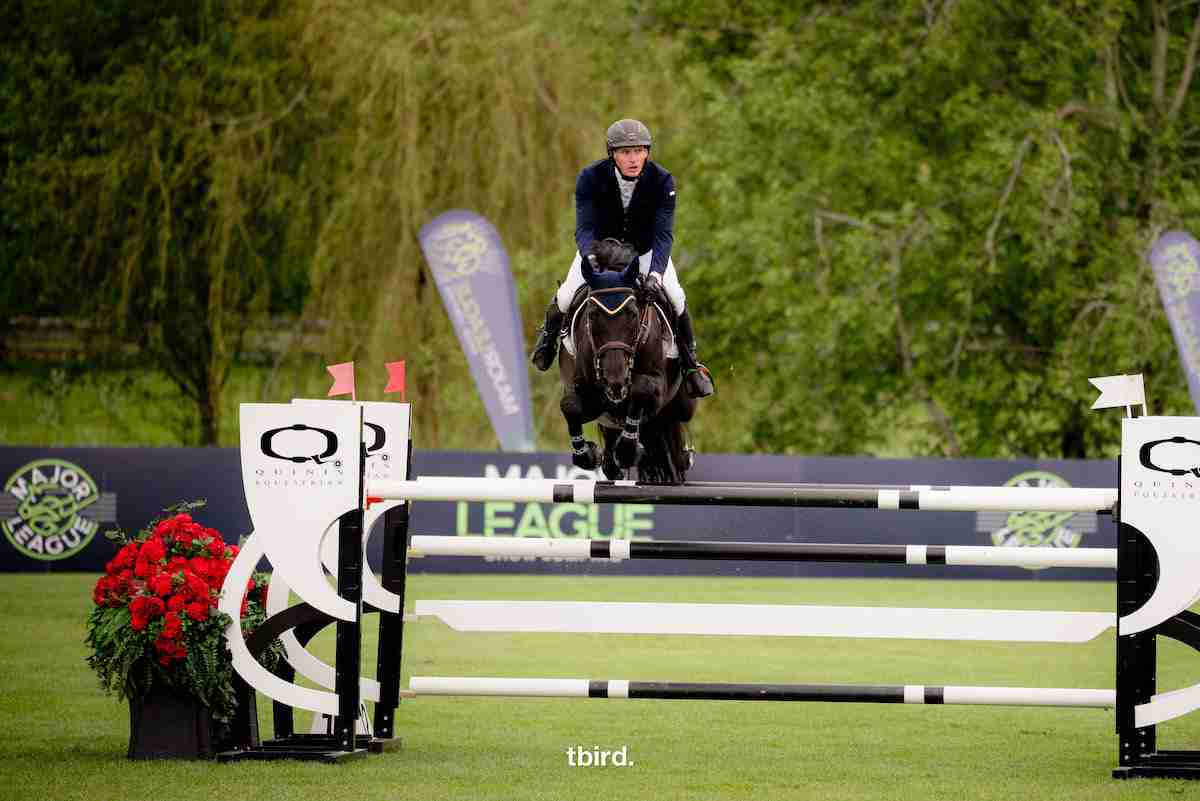 The first class of the day Saturday invited CSI2* athletes back to the Fort Grand Prix Arena for the $37,000 Grand Prix CSI2*. With 41 entries coming forward, the field was competitive and Grant’s course was built for the occasion. With tricky elements challenging both horse and rider on course, rails fell everywhere across the track, even for some of the top competitors. But five were able to complete the first course fault-free and of those, it was Daniel Coyle in the winner’s circle again with Ivory TCS.

Sixth in the order, Coyle and Ariel Grange’s 9-year-old Dutch Warmblood mare followed their success Friday with a clear first round Saturday. Slightly past the halfway point in the order of go, Canada’s Tracey Epp joined Coyle and guaranteed a jump-off. With only a handful left, USA riders Kent Farrington, Callie Schott and Jennifer Waxman each etched their names onto the jump-off list.

As the jump-off got underway, Coyle set the bar high with a double-clear effort in 46.80 seconds, taking risky inside turns but leaving some speed on the table, knowing a double-clear would put pressure on the remaining four pairs. Perhaps his biggest threat, World No. 7 Farrington took to the course with Haity McNerney’s gelding. He used the 9-year-old Zangersheide’s natural speed to keep a quick rhythm around the track, but fell just short of Coyle’s time, coming home on a clear round in 49.53 seconds. Schott claimed third with Teddy Z with one rail down on course and a time of 50.43 seconds.

With two FEI wins in two days, Coyle is as confident as ever in Ivory TCS. “She is the most competitive horse you can find, first round and second round. Today, for instance, I was early to go and there were three already that didn’t make it around. I was thinking, ‘What’s going on? This must be difficult enough.” But I knew I was on the best horse for something like that.”

On his plan for the course, Coyle remarked, “I was on high alert to be aware because it’s not so easy. To jump off, I had Kent [Farrington] after me, and a few faster ones. I thought, as first to go with only five horses, I had nothing to lose and I didn’t want them to come in and beat me. So I just left it out there.”

As for the future, Coyle sees endless promise for the mare, who boasts a 47% clear round rate on JUMPR App. “She has a heart of gold and always, always gives 100%,” he continued. “Plus, there’s lots of horses like that who give their best, but sometimes their best isn’t good enough. But this one, she has it to give. She’s like a little computer that you don’t switch on until you need it. You’re only warming up, and then boom, there she goes.”

Saturday’s Grand Prix wraps CSI2* jumping at tbird this week. The division picks up again next week with the Odlum Brown BC Open, featuring concurrent 2*/5* classes.