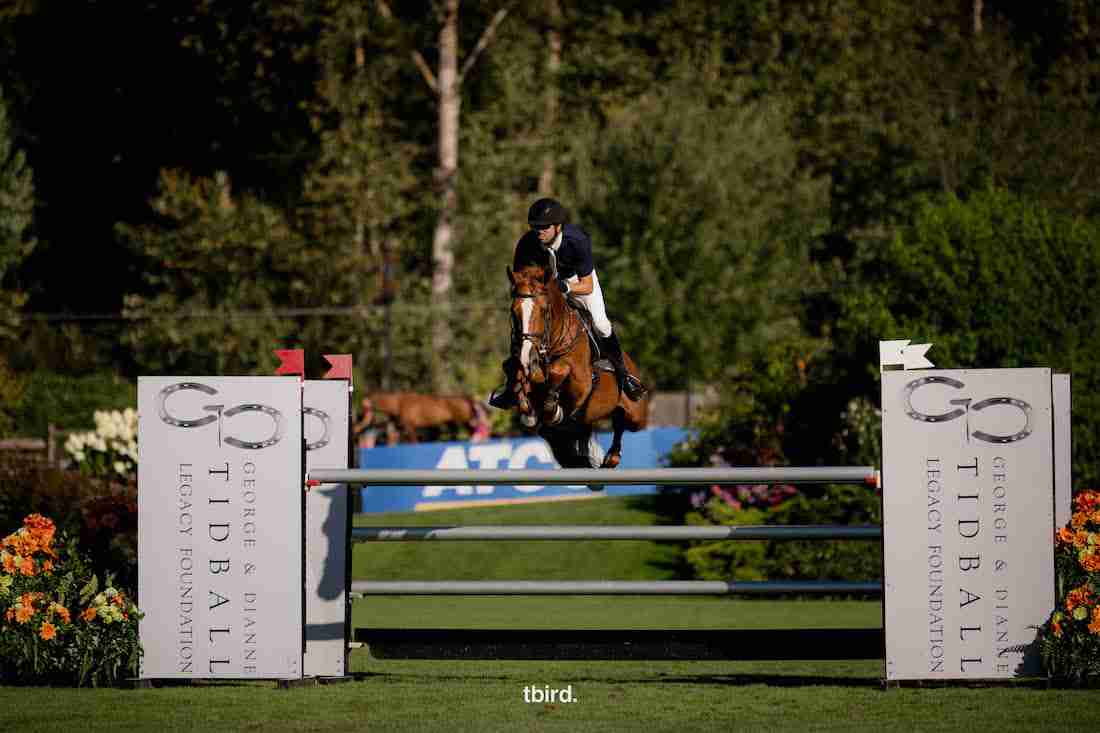 It took only a week for the pair to record a victory at the height—their first international win as a partnership. They topped Wednesday’s CSI3* George and Dianne Tidball Legacy 1.45m, the first FEI class of the Summer Fort Classic CSI3*.

“He’s a really good jumper and very careful,” Chawke said of his mount. “Last week, I moved him up and down a bit. I jumped [the CSI3* tbird Speed 1.45m] and then did the 1.40m and [went a bit faster] with the hope that I could walk in today, and he could be good and competitive. He was a lot more competitive than I was expecting. He was so good.”

Chawke and the 9-year-old chestnut stallion have only been paired a short time, jumping their first classes in May. The horse’s owner, international Canadian show jumper Ali Ramsay made the match when asking Chawke for some feedback. Ramsay thought the two got along so well, she kept the partnership together.

“Ali has been a friend of mine for a few years, and she said to me, why don’t I jump a class or two and see what I thought,” Chawke explained. “We got along quite well, and she just said, ‘Why don’t [you] keep him a little while and see how things go?’ So, I took him to Spruce [Meadows], and he was great there, and then she went to Europe, so she left him with me.”

The partnership has quickly blossomed, with Chawke and Howard jumping to two runner-up finishes at the Summer Fort Welcome. This week, they broke through for a tally in the win column, putting the pressure on early in the class when jumping sixth in the order of 30 starters. Both Robert Blanchette (IRL) and Matthew Sampson (GBR) blazed the trail to come home quicker than the leaders, but rails kept them from atop the podium.

“The course kind of suited me a bit,” Chawke said. “[Howard] doesn’t have the biggest step in the world, so the lines kind of suited me, because you could run along a little bit. He’s really starting to figure it out and just follow me, which is nice. The last few lines were really tight, so I did one less [stride] the last two lines. He was quite good.”

The Summer Fort Classic CSI3* resumes Thursday with the CSI3* tbird Challenge 1.40m and the MarBill Hill U25 League 1.35m.