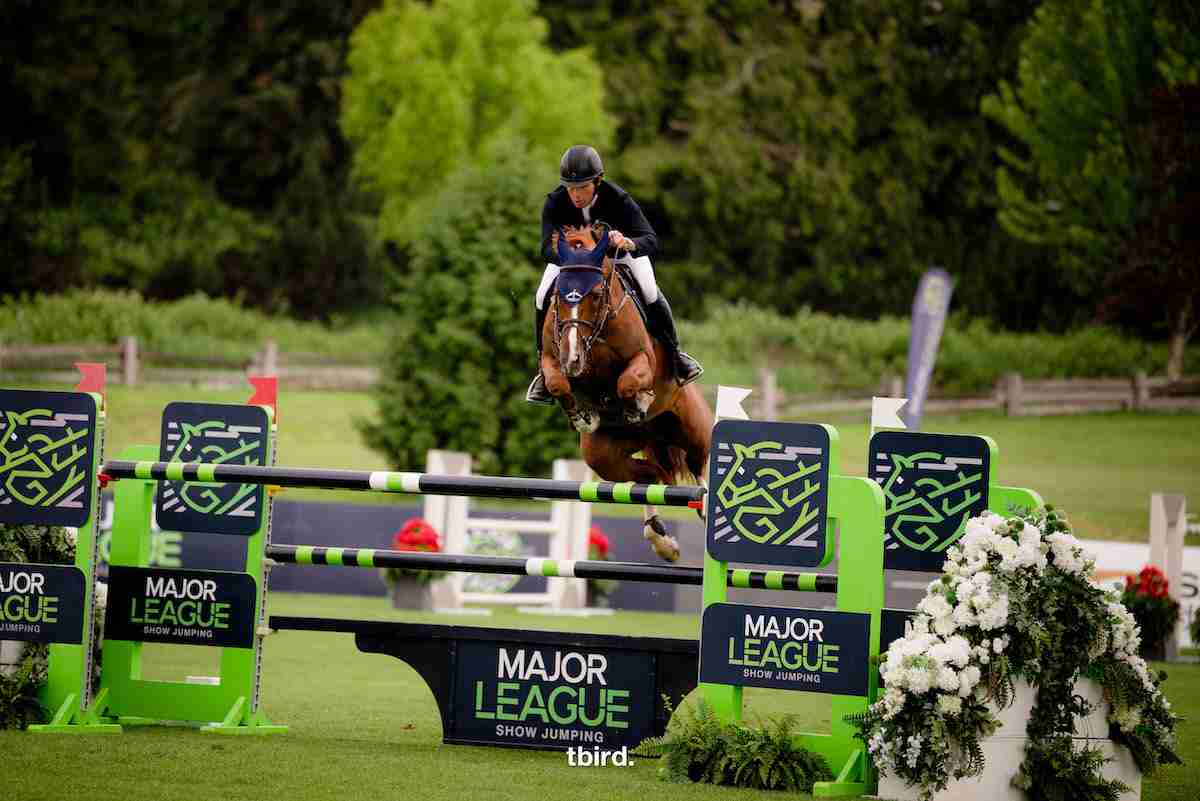 Sunday was a good day to be named Nadal. Across the Atlantic, tennis legend Rafael Nadal won his fourth round match at the French Open; he seeks his 14th win in the tennis major.

Swail and Nadal’s latest victory came in the $73,400 CSI5* Winning Round 1.50m. The uniquely formatted competition advances the top 10 combinations from an opening round of competition to a shortened course, in which the athletes return in reverse order of standing from the first round.

“We’ve had a good week. He’s jumped in two classes and he’s won both,” Swail said. “He’s very fast, and when you go faster, he goes higher. I get a great feeling, I must say. I’m very excited about him.”

Returning in the latter half of the winning round, Swail showed his competitors that his mount still had plenty left in the tank after topping Friday’s CSI5* Maui Jim 1.45m Speed. The duo blazed Peter Grant’s (CAN) shortened track, sweeping ahead of then-leader Daniel Coyle (IRL) by nearly four seconds (45.85 seconds).

No one would catch the pair, with Coyle and Oak Grove’s Carlyle settling for second (49.2). Langley native Brian Morton (CAN) finished third with Crusador Z; the pair finished the short track in an identical time of 49.2 seconds, but a slightly slower first round time decided the tiebreaker.

“I was fortunate enough to see a few horses going before me. Daniel’s round, I thought it was very, very neat, but I felt that my horse could do a little better,” Swail said.

Rhythm was the key to victory, with Swail starting out with purpose and opening up the gallop to the final fence.

“We started off with a very good rhythm that carried us through [fences] two and three,” Swail explained. “I added one more stride [to the penultimate fence], and he was very good to me, and then I made a good run down to the last one, and he jumped that perfectly.”

Swail and his mount have only been paired for a few months, and Sunday concluded just the fourth international show of their partnership. Swail has quickly learned that he has a cool competitor on his hands—one that’s ready to step up.

“He’s a stallion, but he’s a good guy in the stall. He’s not too cheeky, he doesn’t nip or try and be too naughty,” he said. “He’s very, very levelheaded and very nice to ride as well. He’s quite casual and relaxed.