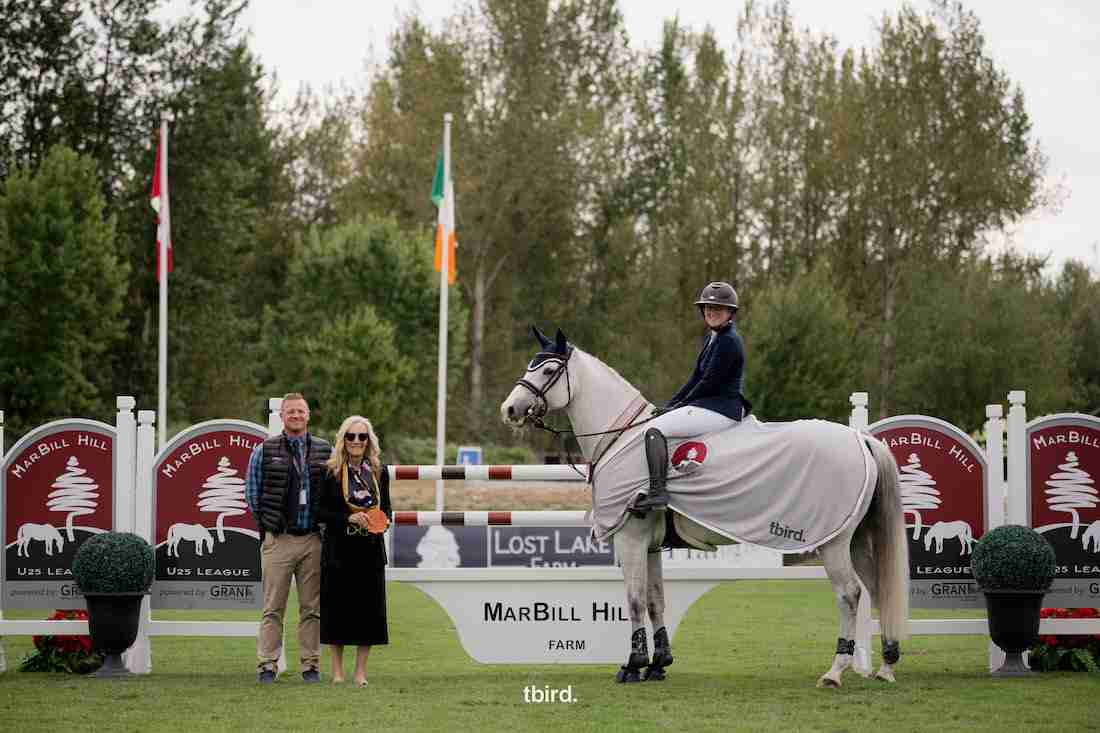 Jumping double-clear over Anderson Lima’s (BRA) tracks, Fitzgerald came away a comfortable winner over Stella Chernoff (CAN), who finished both second and third aboard Connador (44.33 seconds) and Fay (8/41.66), respectively.

“This [week] has been crazy,” Fitzgerald exclaimed. “I didn’t ride the first round very well, but [trainer Lisa Carlsen] said that’s where [Coco and I’s] relationship came into play. She’s willing to do anything for me. She saved my butt, and I saved her butt [on course].”

In the jump-off, things went more smoothly, and the ride became more confident as the round unfolded. Coming around the turn to the final line, Fitzgerald could hear Carlsen shouting from the ingate, and she increased her pace another notch. It ultimately put her ahead.

“I saw the nice, flowing distance, and I just sat behind her, and she loves that. She knew it was a jump-off,” Fitzgerald said. “She was like, ‘Finally!’ I just love her so much.”

Fitzgerald and Coco have been partnered for the last three years, but their partnership took time to develop after importing the mare from France.

“We really struggled at the begging, and then I just accepted her for what she is, and she accepted me. And here we are.”