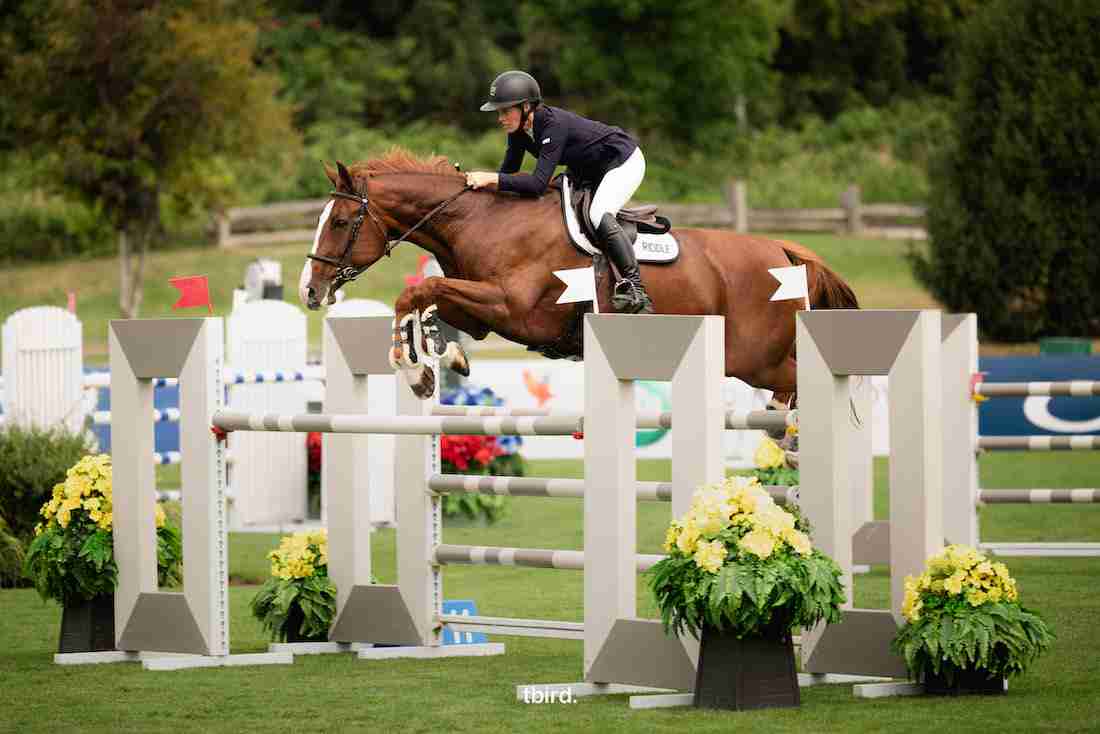 Maddy Riddle (CAN) has only been partnered with Fair Katie VDH for a few months, but you wouldn’t know it watching them. The pair won their second international class of the week in the CSI3* Emily Sandhack Equestrian Realtor 1.35m.

Riddle and Brian Wander Helm’s 12-year-old mare were the only combination to produce a double-clear effort over Peter Holmes’ course. First to return over the shortened track, Riddle relied on her mare’s natural footspeed to put the pressure on the pair behind them, Bretton Chad (CAN) and Zirkana Adelheid Z. She accomplished that mission, as Chad and her mount put four faults on their scorecard when chasing the leading pace.

The winning time was 49.5 seconds. Chad and Zirkana Adelheid Z finished second with four faults (48.88 seconds), and Gareth Graves (CAN) took third as the fastest four-faulter of the first round with Cassius Z (85.79).

“The mare is naturally fast. So for me, [the focus was] just to try to jump clear and be efficient in my lines,” Riddle said. “I didn’t want to do anything too tight or too crazy. I just knew I wanted to, first of all, be clear, and then to just be as fast as possible to make [Chad] have to work to chase me.”

Riddle began leasing “Katie” in the fall, and they jumped their first international classes at Spruce Meadows in July. Their first FEI win came in Wednesday’s CSI3* Two Phase 1.35m, and they quickly added to the tally. According to JUMPR App, the pair finishes in the top 10 67% of the time.

“She is the quintessential chestnut mare, and it has to be her way,” Riddle said. “But really, in the last two to three months, I felt like I really clicked with her—at Spruce Meadows actually—and now it’s just been a blast every day in the ring.

“She’s such an incredible horse, and she wants to win more than I do, honestly.”