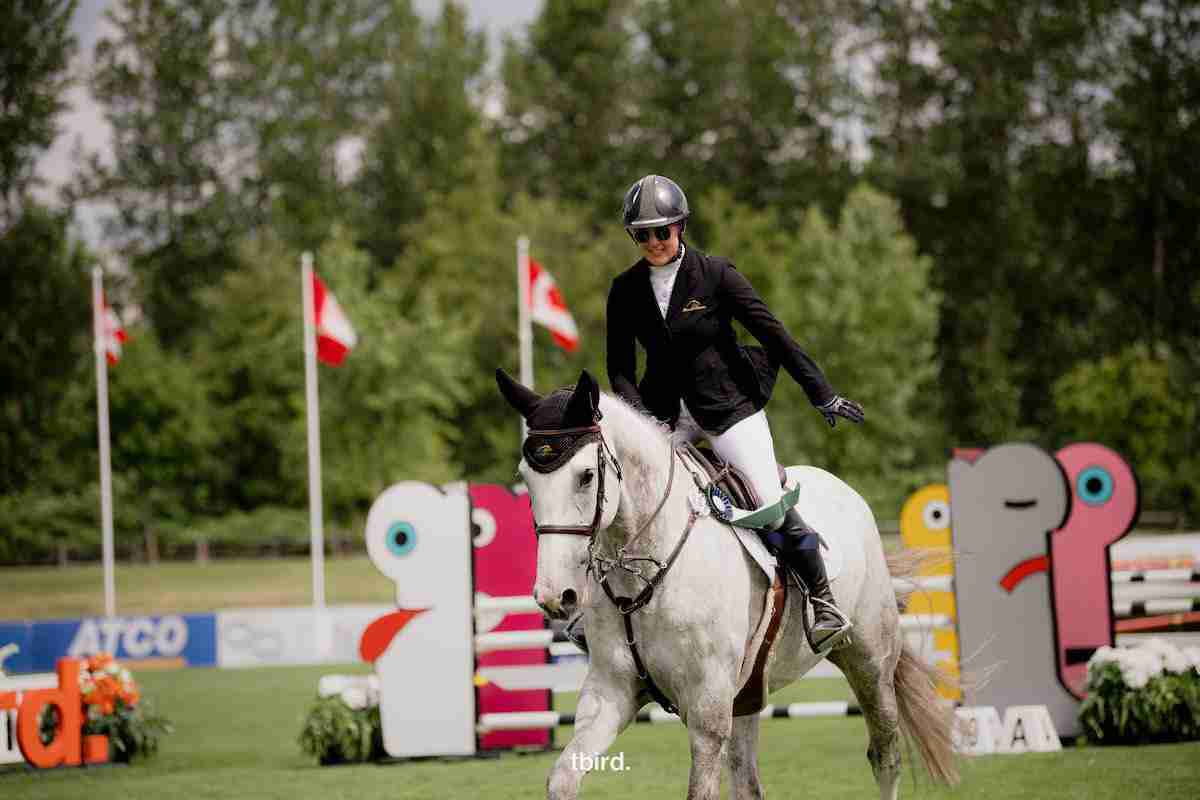 At Bosch Farms in Red Deer County, Alberta, Femke Courchaine (CAN) and her team have made a habit out of breeding winners, particularly in tbird’s young horse divisions.

On Saturday at the Western Family, Courchaine rode two homebreds to wins in the Crooks Show Jumping Young Horse Showcase, topping the 4-Year-Old class with Nacho Libre BF and the 6-Year-Old Showcase with Lemonade BF.

“We breed between four and 10 foals a year. There must be 15 horses at this horse show that we bred,” Courchaine said.

Lemonade’s win, earned by way of a two-horse jump-off, kicked off the day’s feature competition in the Fort Grand Prix Arena. Last to contest Joey Rycroft’s (CAN) shortened 1.25m track, efficiency proved the key to victory, as Courchaine and her mount got the better of pathfinders Samantha Buirs-Darvill (CAN) and Maria 111. Ayla Martinoff (CAN) rode A Crown Royale to third as the fastest four-faulters of the first round, which caught many combinations at the end of the course.

“When I walked the last line [in the first round], it seemed like it would ride as a gappy seven [strides], but by the time we finished the course, [the line] got very quiet on us,” Courchaine said. “With all the galloping [on course] and most of the distances quite far apart, when we finally had a line [at the end], it was hard to bring your horse back together.

“[In the jump-off], between the first two fences, we were just very direct,” she added.

Lemonade is familiar with tbird, having won at the venue as a 5-year-old. The grey (Carambole—Vanilla Shake) sat out her 4-year-old season while in foal.

“We’re going to see how far we can go with her,” Courchaine said. “We breed, we train, and we usually sell [our horses]. We really enjoy coming out to tbird.”