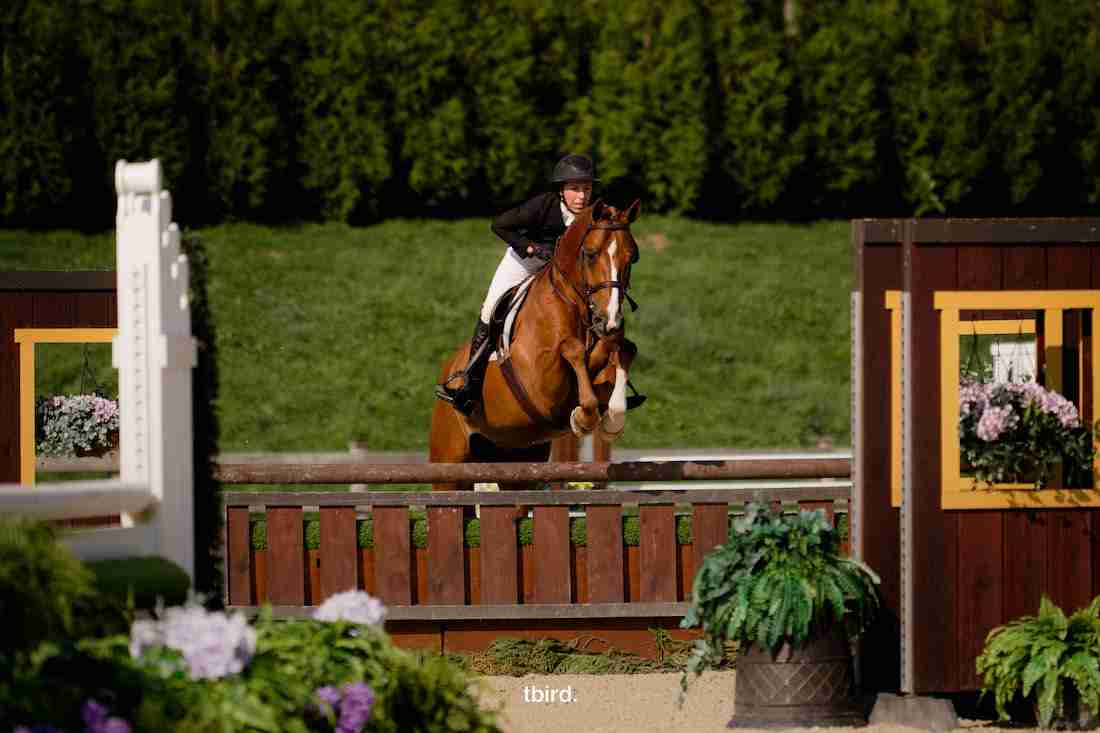 Quinn Partridge (USA) has a motto when it comes to hunter derby competition: “With the derbies, for me it’s always, ‘Go big or go home, and learn from it if you make the mistake.’”

Partridge rode Emma Lorimer’s Chaperone to top honors in the Open 3’6” section of the Tidball Legacy Canadian Hunter Derby, a qualifier for the Canadian Hunter Derby Final at the Royal Winter Fair. The pair’s winning score was 105. Verdict and Joie Gatlin (USA) finished second (104 points), with Light My Fire and Ashley Arnholdt (CAN) third (98).

The competition was held in a one-round format, judged as a hunter handy class with three components: a base score, high performance bonus for jumping high options and a handy bonus awarded at the judge’s discretion.

“The course designed for tonight had a lot of options. I think that’s always fun—not only for the rider, but also for the horse—because you can acclimate to what suits you and your horse best and show off some brilliance,” Partridge said. “He jumped in form, and that’s all you can ask of the hunters at the bigger derbies.”

Partridge utilized her horse’s strengths off the right lead to her advantage.

“I just came across fence seven with a little slice so that I could land and [continue] nicely for that inside, kind of direct eight [strides] to the vertical, which then gave you a nice tidy inside turn back to the trot jump. That was probably my favorite part of the course.”

Chaperone has been in Partridge’s stable for the past two years. Originally imported to be a jumper, he was sent to Partidge by Sarah Lambert of Langley-based Highland Farms when his potential for the hunter ring was identified. After success in the Green Hunter divisions, Partridge’s student Lorimer purchased the gelding. When Chaperone isn’t jumping derbies, he’s competing with Lorimer in the Junior Hunter division.

“You find that diamond in the rough,” Partridge said, “and by all means, [we] had a derby horse.”