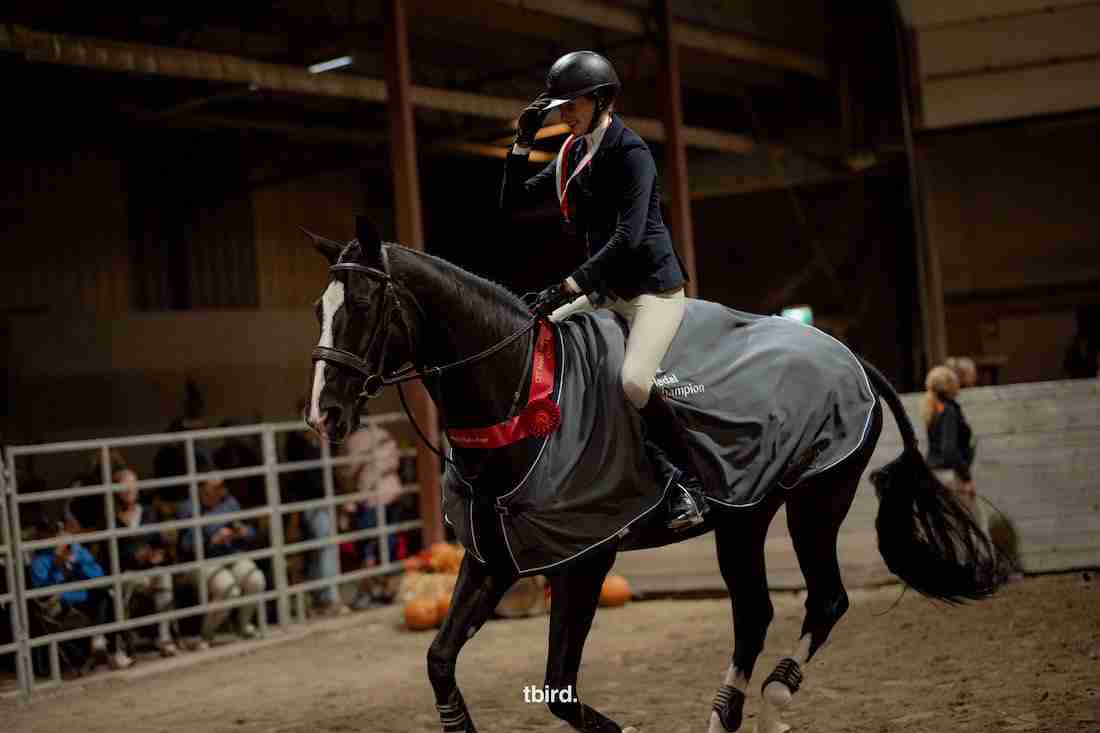 Mache, Vancouver, BC, emerged on top after three phases of Langley’s premier equitation championship, qualifying her for the 2022 CET National Final in Toronto in November.

“I’m very shocked. It’s not what I was expecting coming into this,” said Mache, who trains with Eliza Hunt out of the Delta, BC-based Obsidian Hunter Jumper. “I’m very proud of my horse. He’s been perfect all week, and he’s taught me so much over the past year, and I’m just super excited.”

“Coming into the week, we weren’t sure if I was even going to do this, but we decided, ‘Why not?'” Mache said. “So, we entered [Fanta] in the Sunday morning CET, which then qualified me to do this.”

Mache was not hindered by inexperience, and the 16-year-old rode with confidence through Friday’s Phase 1—a combined flat and gymnastics competition, in which she finished fourth—and Saturday’s Jumping phase, both of which account for 50 percent of the rider’s score. After the two phases, Mache sat in second with 162 points—nine points behind van Elliot.

The top six riders returned for one last test, a jump-off style course in which riders are judged on their ability to ride a forward track as they would as a show jumping athlete. It was here that Mache set herself apart and moved to the top of the leaderboard, which she credited to the relationship she’s formed with her horse.

“He’s my first proper equitation horse, and he’s taught me so, so much—over the summer, more than I expected,” she said. “We started in the [CET] Mini Medal and the 1.0m jumpers, and then throughout the summer, we just moved up, and it’s just been so good the entire time.”

Mache, along with Betker, van Elliot and fourth-place finisher Kaysa Ozker, secured places in Toronto for the prestigious finals.

“I’ve never been there,” Mache said, “and I’m super excited to just be able to try something new and see what happens and see what comes in the future.”