King Gets Next Generation Win in CSI3* tbird 1.40m

Langley, BC – Heading into the BCHJA Fall Finale at Thunderbird Show Park, Kyle King (USA) had to shorten his stirrups.

The three horses he brought forward for the final international competition of tbird’s 2022 show season are built a bit differently from his current top group of equine athletes. While the likes of Enzo, Chess and Etalon have big, scopey builds, SIG Chiari, Odysseus and Ittolo are built more slightly. In fact, all are under 16 hands in height, making them sporty and careful—the characteristics of a modern show jumper.

It meant that, in the CSI3* tbird 1.40m, he could pick up the pace. Last to go in the 33-horse field, he and exciting 9-year-old Ittolo swept right to the top of the leaderboard. The pair crossed the timers of Peter Holmes’ (CAN) speed course in a much-the-best time of 56.09 seconds. James Chawke (IRL) and Gamble finished second (58.55 seconds), just ahead of Conor Swail (IRL) and Nadal Hero & DB (58.71).

The win marked the first FEI victory of Ittolo’s career; the bay made his international debut exactly a year ago in Langley. According to JUMPR App, Ittolo has jumped clear 50% of the time at 1.40m.

“I got [Ittolo] two winters ago,” King said. “Last year, I rode him in this same class, and he got a ribbon. We moved up really fast—maybe too fast. He’s bold and brave, but the ride-ability wasn’t really there.”

Some calculated moves up and down the levels for Ittolo have resulted in a more confident, mature, responsive horse, and when King walked Wednesday’s course, he knew it would suit “Rollo.” In particular, he saw an opportunity to leave out a stride where others were forced to slow down to fit in the number.

“There was a line on the outside of the course that was riding [as] a steady six, which slowed everyone down,” King explained. “I watched, and I rode [the line] on my other two [horses], and I thought if I had a good oxer [into the line], I could leave out [a stride]. I knew [Ittolo] would be able to pull it off, and I didn’t have to slow down for six [strides].”

Ittolo is nicknamed the “Honey Badger” in the barn. The athletic bay—”a character,” as King says—is full of happy, excitable energy and usually gets his way. It’s made him a barn favorite, and after tbird, he’ll likely travel to Thermal, CA for the winter season in California.

“He’s a super talented horse,” King said. “[All three] are little plain bays and under 16 hands. They’re the opposite of my other string. This [group] is modern [and] faster.

“Next year, I think these horses are going to be my main string coming up!” he exclaimed. “It’s nice to have some light, modern types of horses. All three are very similar.” 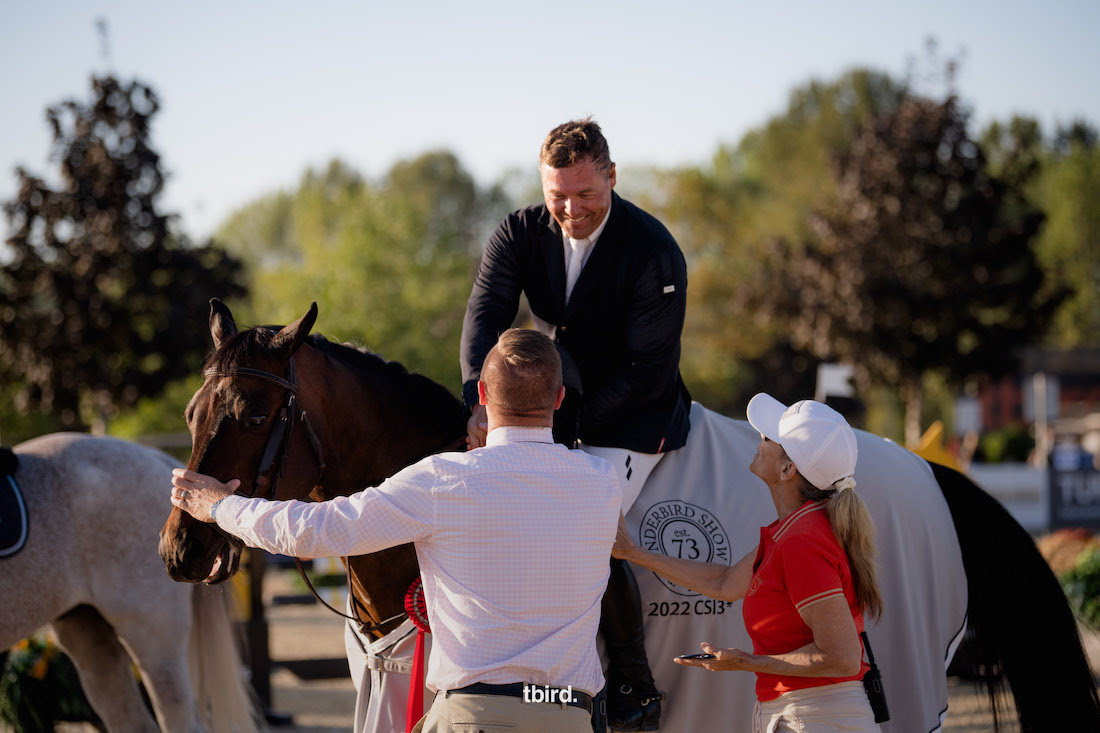