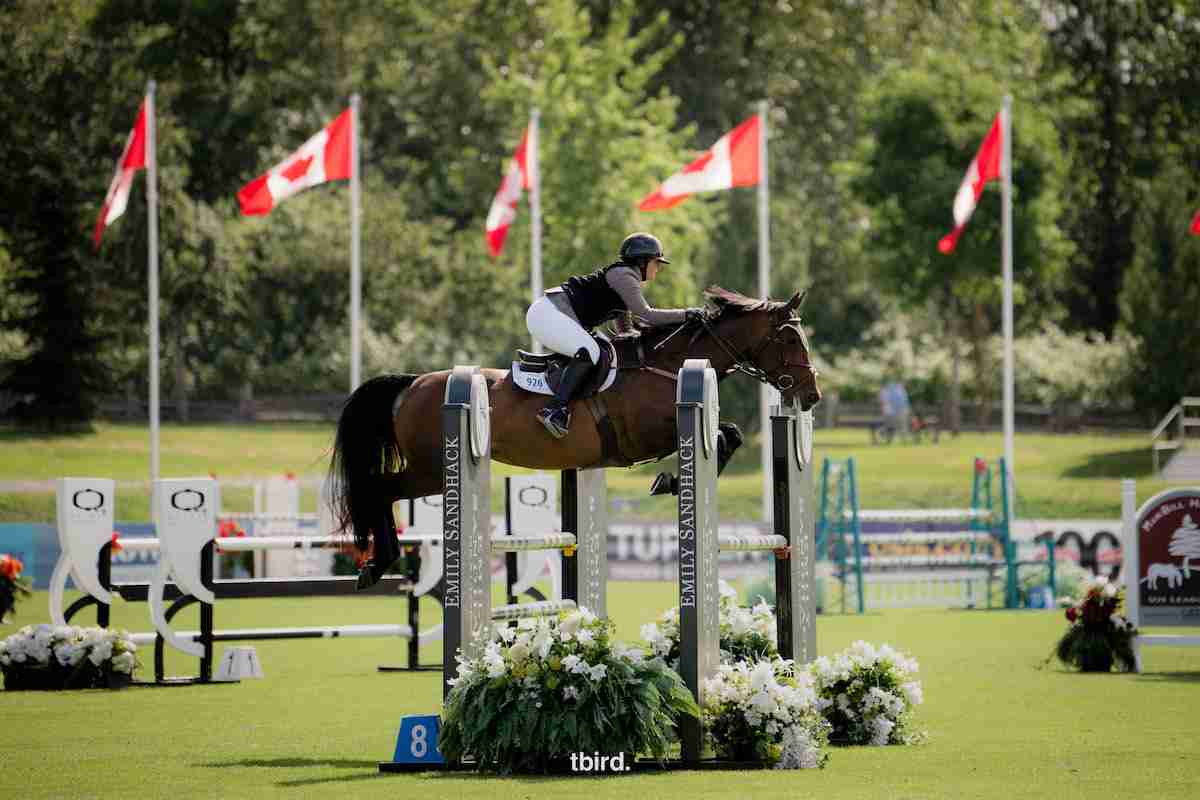 Kassidy Keith is making waves with Cheryl Keith’s Havana. The pair, proving their incredible bond established over six years, sped to the win in Saturday’s $5,000 MarBill Hill U25 League 1.40m.

Over Peter Holmes’ speed track, the young athletes adapted their game plans to ride for the quickest first-round time in an effort to jump clear. Only four were able to do so, and the quickest ride was awarded to Keith, who scored a clear ride in 73.33 seconds aboard the 10-year-old mare (Cardento x Judgement). Just off the winning time and in second was Carly Stevens with VIP Des Majuros in 73.60 seconds, and Stevens also claimed third with Dento, both owned by Grant & Susie Stephens.

“She is naturally fast and I can leave a stride out when I need to,” Keith said of Havana’s strengths in today’s class. “I left a stride out in the line across the middle; it was an option and I did eight instead of nine. I did the same thing to the combination. She’s always game to do whatever I ask. Today’s course fit her because it was flowing and it allowed me to do some inside turns and leave a couple strides out to help me win.”

Continuing the trend of long-term partnerships, Keith has had Havana since the mare was only four years old and has developed her into the top horse she is today. “We have built a partnership,” she continued. “I’ve jumped a couple CSI5* classes on her, and I just finished showing at Spruce Meadows in the CSI2*. We’ve just gone from the 1.0m jumpers together all the way up. We have a really good partnership and, while I have a girl helping me, but I do most everything on my own.”

At 10, Havana isn’t slowing down. Last year, Keith captured the MarBill Hill U25 Championship aboard the mare as well as a CSI2* Grand Prix. “She’s got bigger things to come,” Keith continued. “I’m going to show FEI on her in the fall and hopefully eventually make Nations Cup teams on her.”

Like most competing at the West Coast Classic, Keith considers tbird one of her favourite shows. “I’ve been showing at tbird since I was really little,” she reminisced. “It’s a great facility to have right in our backyard and it allows us to bring all the clients, plus my young horses all the way to grand prix horses. There’s something for everybody and they really put on a great show. They have great hospitality, great staff, and they’re always so friendly.”