Hunt and Infostar Shine in Friends of the BCHJA Grand Prix 1.30m 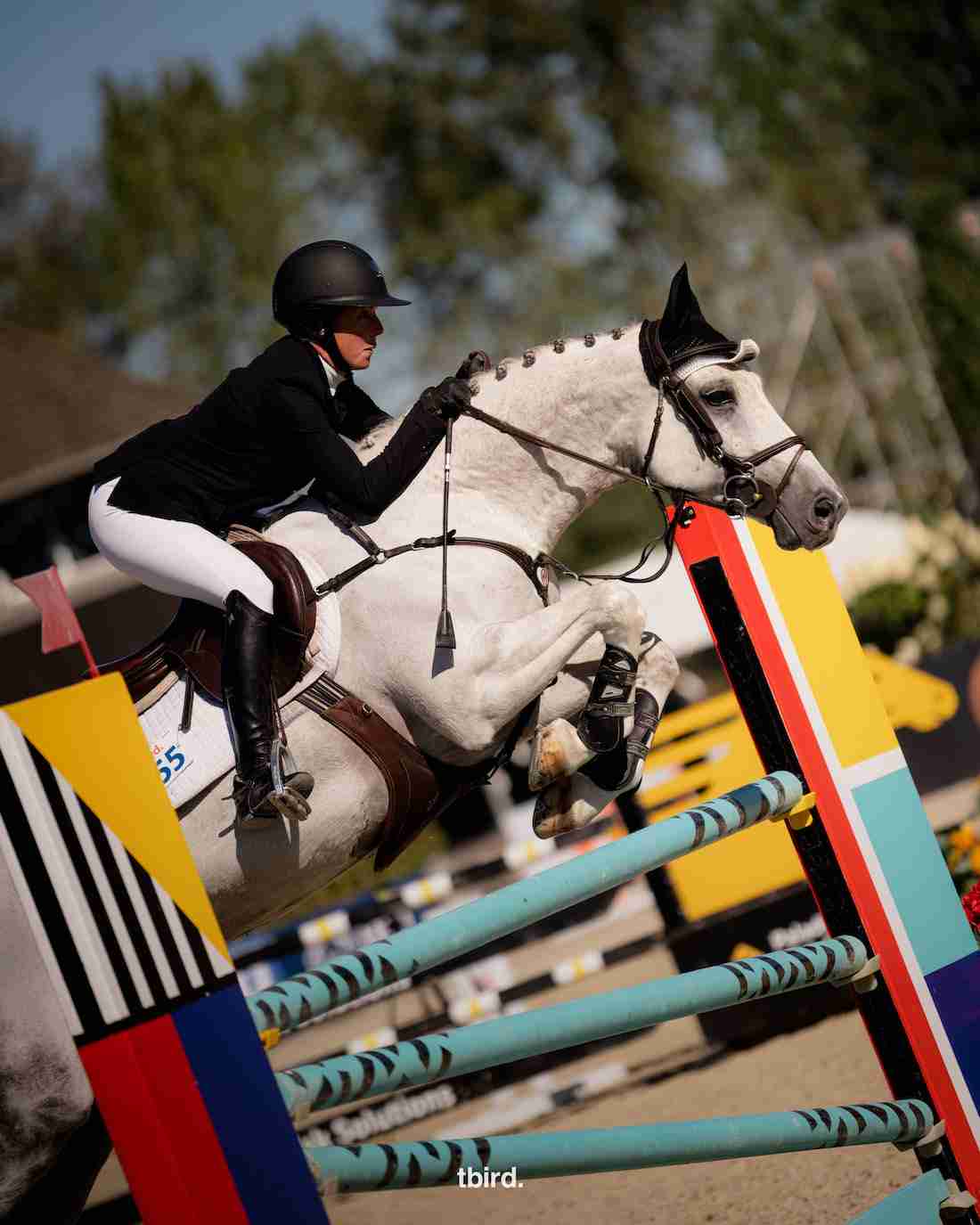 Georgia Hunt’s 9-year-old Infostar “isn’t the fastest of horses,” but you wouldn’t know it from watching the Friends of the BCHJA Grand Prix 1.30m.

Hunt and they grey mare bested an 18-horse jump-off, crossing the timers of Peter Holmes’ (CAN) short course comfortably in front in 38.28 seconds. Lorrie Jamieson (CAN) and Hooz da Cat finished second (39.07 seconds), with Hannah Evans (USA) and Jevaro third (39.21).

“We’re really good at picking up and following our track,” Hunt said. “We were fast from fences two to three in the jump-off. She opened her stride a bit and did it so nicely today.”

Hunt, 36, runs her Foxstone Stable out of Duncan, BC, on Vancouver Island. She’s been partnered with Infostar for the past five years, bringing the now 9-year-old mare up since she was four. After missing nearly two years due to sinus surgery, Infostar jumped her first 1.40m class earlier in the week at the BCHJA Fall Finale, and the Friends of the BCHJA Grand Prix 1.30m was meant to be a fun, confident outing for the mare to finish out her show week.

“It was supposed to be a nice, easy class to put her away on,” Hunt said. “My plan was to have a slick track and leave out strides where we could.”

It proved to be the winning move, as Infostar, typically a sensitive mare, showed off her maturity—that is, until the winner’s presentation.

“We laughed, because her personality came out, and she nearly took everyone out like dominoes!” Hunt exclaimed.

Hunt plans to bring Infostar to California this winter with the long-term goal of competing her mare at the national standard Grand Prix level.

“She’s careful and clever enough to get there,” she said.