Fitzgerald Stands Alone at the Top in MarBill Hill U25 League 1.40m 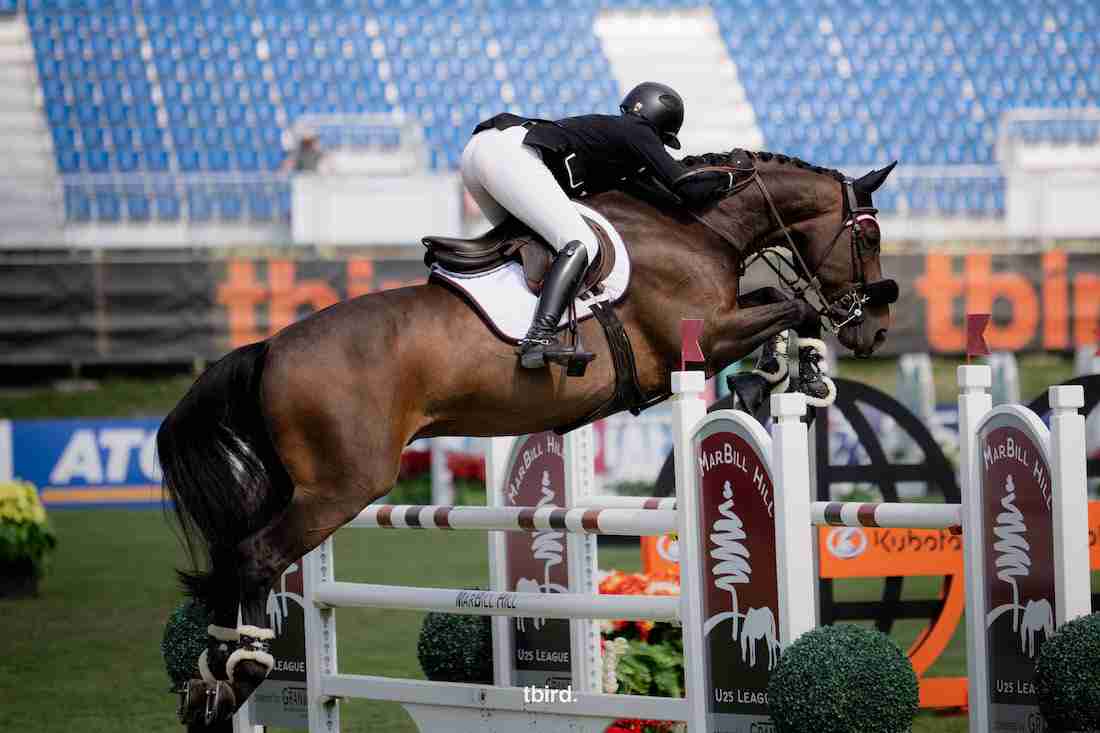 When Emily Fitzgerald (CAN) entered the Fort Grand Prix Arena with Pasquinelle, 12 of the 15 entries in the MarBill Hill U25 League 1.40m had jumped, but none had produced a clear round over Anderson Lima’s (BRA) 1.40m speed track.

Having already ridden the course once aboard Coco du Houlbec Z, Fitzgerald knew what she needed to do to improve, and she executed. She and Pasquinelle, affectionately known as “Todd,” not only jumped clear, but they would also finish the class as the only combination to do so. Stella Chernoff (CAN) and Connador finished second as the fastest four faulters (69.62 seconds), with Justine Cha (CAN) and Texas third (4/71.75).

Fitzgerald and Todd have been partnered for nearly two years, and the “puppy dog”-like bay has been a shining light for his rider in the face of great loss. Fitzgerald’s former U25 mount Ceasar A passed away tragically when the gelding’s cecum—a storage site for water and electrolytes, located at the junction of the small and large intestines—ruptured in 2020. When trainer Dayton Gorsline began to search for a new mount for his pupil, international Irish show jumper Greg Broderick recommended Todd.

“He said, ‘I have [a horse] that I think might be perfect for her,’” Fitzgerald recalled. “And he was right.”

Fitzgerald initially leased Todd but ended up purchasing him outright before the lease finished.

“He came into my life, and it was kind of spooky how much we connected and how much he was like [Caesar A],” Fitzgerald said. “He’s everything I’ve ever wanted.”