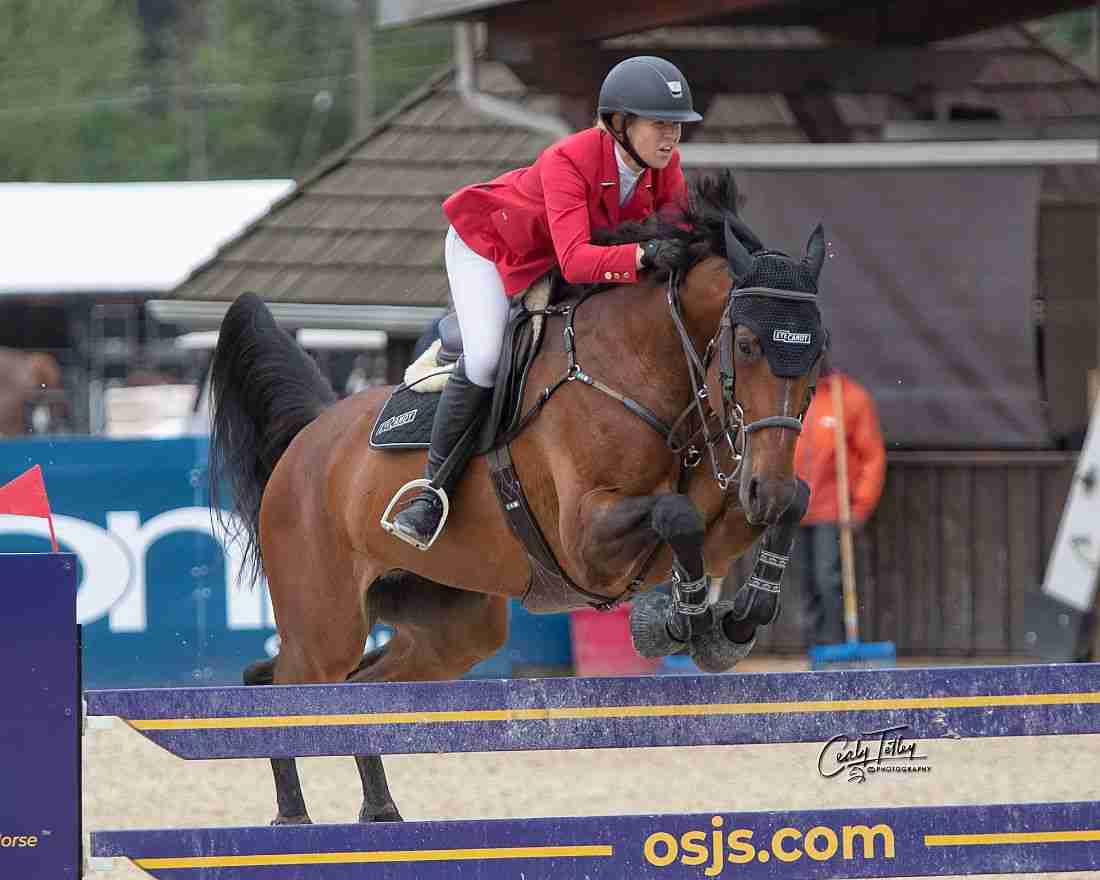 Cat Ninja gave Jacqueline Steffens (CAN) her fist individual five-star victory in December at Thermal (USA). The duo added a second Friday at tbird in the CSIO5* West Coast Cup.

In a class with 10 clear first rounds, just three combinations could execute a second clear effort over Peter Holmes’ (CAN) shortened 1.45m track. Smart decisions and efficient riding landed Steffens at the top of the podium, as she and her mount crossed the timers in 46.57 seconds. Bliss Heers (USA) and Goodbye finished second (47.25), with Alberto Sanchez-Cozar (MEX) and Union de la Nutria, third (48.61).

“I had the benefit of going relatively late in the jump off, and I had seen that a lot of the horses had been struggling a little bit,” Steffens said. “So going into it, my strategy was to be efficient and to be on it but to give her a good ride and not take any wild risks. It worked out for us today.”

Steffens has been partnered with Cat Ninja for three years, but the last 12 months have been the pair’s best. The duo topped a speed track for their first five-star victory in December. While always aware of the mare’s talent, Steffens has worked to improve her mount’s ride-ability, softness and responsiveness to her leg aids. The progress has come as a result of flatwork.

“I’ve been riding her for three years now, so we’ve had a good amount of time to build a partnership,” she said. “She’s really fun. She really tries hard, she’s quick, she’s scopey, [and] she’s a pleasure to ride.

“I think [the improvement] has been incremental,” she continued. “I wouldn’t say there was like a breakthrough moment, but bit by bit it’s gotten better.”

“It’s always really meaningful to me to be able to ride for my country,” she said, “so getting to do that for the first time in Mexico meant a lot to me, and being able to do it here now on home soil is very exciting.”