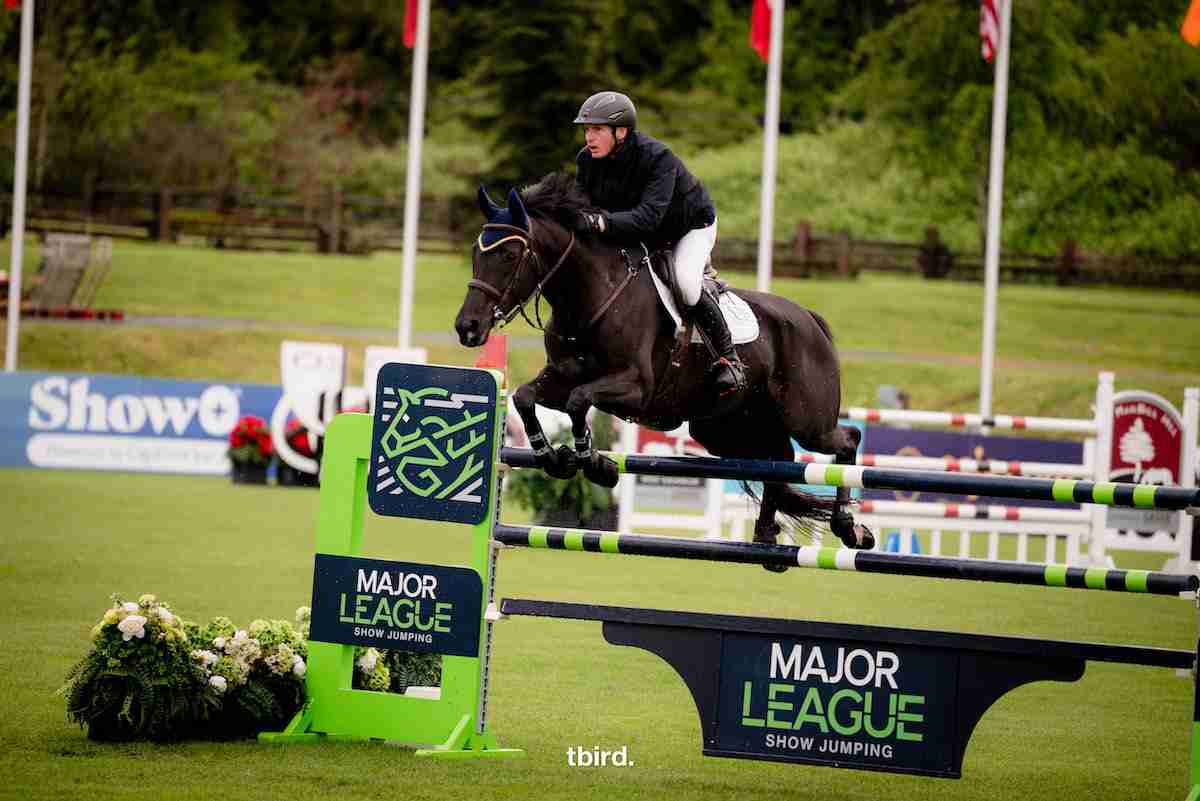 The luck of the Irish began early Friday with the $37,000 Grand Prix Qualifier CSI2*, welcoming 51 competitors and concluding with an all-Irish podium topped by Daniel Coyle and Ivory TCS. Riders were intentional while also practical, keeping their tracks efficient without dropping rails in attempt to qualify for Saturday’s $37,000 Grand Prix CSI2*. Coyle stepped on the gas pedal with one of his younger mounts in order to cover the ground quickly between elements and turned back sharply around the steep corners to save time. After crossing the finish line, Coyle clocked in at 65.92 seconds, which would hold the lead until the end of the class.

“I always thought she was an amazing, amazing little horse,” Coyle said of Ariel Grange’s 9-year-old Dutch Warmblood mare. “But in the last year, she’s better than I even originally thought. The plan was to jump the two-star, then put her in the five-star next week. She’s a real one for the future for me.

“She’s a little bit of her own way,” Coyle continued. “She’s a bit sharp. Her legs are always everywhere when you need them to be and really fast. But when they’re so sharp like that, to be able to switch off and go back nicely, she does. So I think that’ll help her a lot in the end where she can have all the blood and all the madness when she needs it and then be nice and civilized also when she needs to be.”

Second place in the class went to Coyle’s brother, Jordan Coyle and Costa Diam, whose time was two seconds off his brother’s, coming home in 68 seconds. Daniel Coyle commented about the sibling rivalry, “Years ago I would have said, ‘I don’t care, whatever.’ But now I’m of the conclusion that once the helmet’s on nobody’s related.” Third place went to Ireland’s Paul O’Shea and Sexy Beast in a jump-off time of 71.69 seconds.