Cook and Caya Sparkle in CSI3* Winning Round 1.45m 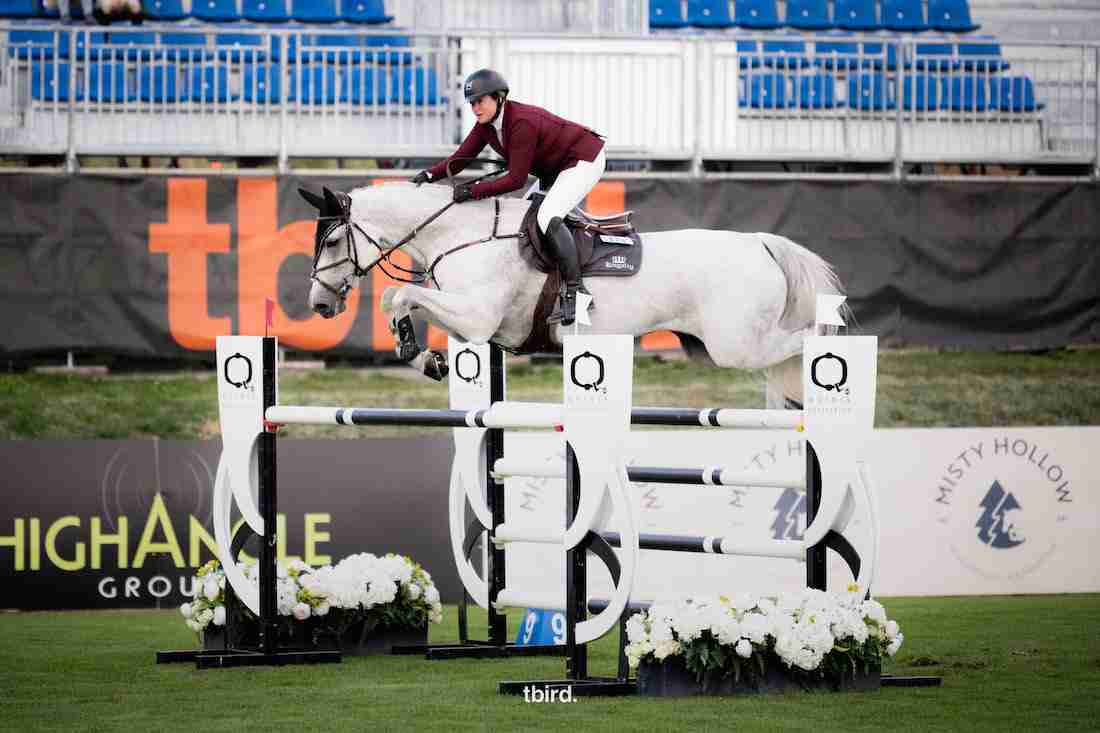 Shauna Cook is grateful that she listened to her mother.

After all, when she first tried the Hanoverian mare Caya in Germany, she wasn’t convinced the mare was the right match. But her mom, Sheilagh Kelly was, and she was right.

“This is my mother’s horse, and she’s the one that picked the horse,” Cook said. “I tried the horse and said, ‘Don’t buy it,’ and my mom called and was like, ‘We’ve booked a vetting and the flight [home] and the horse is coming.’ So, we decided the take the horse.”

Five years later, Caya is beginning to sparkle. Cook and the 9-year-old mare jumped one of just three clear first rounds over Peter Holmes’ sizeable and technical 1.45m track. However, in a winning round format, the top 10 combinations return for a shortened course, all with a blank slate. Chawke took full advantage of that opportunity, galloping into the lead with the promising 9-year-old stallion, Howard du Seigneur, after having a rail in the first round.

That gave Cook a target, and she and Caya managed to move ahead, thanks in part to their efforts up the first line, in which they did one less stride than the runners-up.

“I didn’t count [there]. I just went,” Cook said. “She’s really fast, and I just went for it at the beginning so I could give her a little time at the double and at the end [of the course].”

According to JUMPR App, Cook and Caya are jumping clear at a rate of 38% in 2022. Cook no longer has any reservations about her horse. In fact, she wants more like her. She’s bred Caya via embryo transfer to her stallion, Gallup.