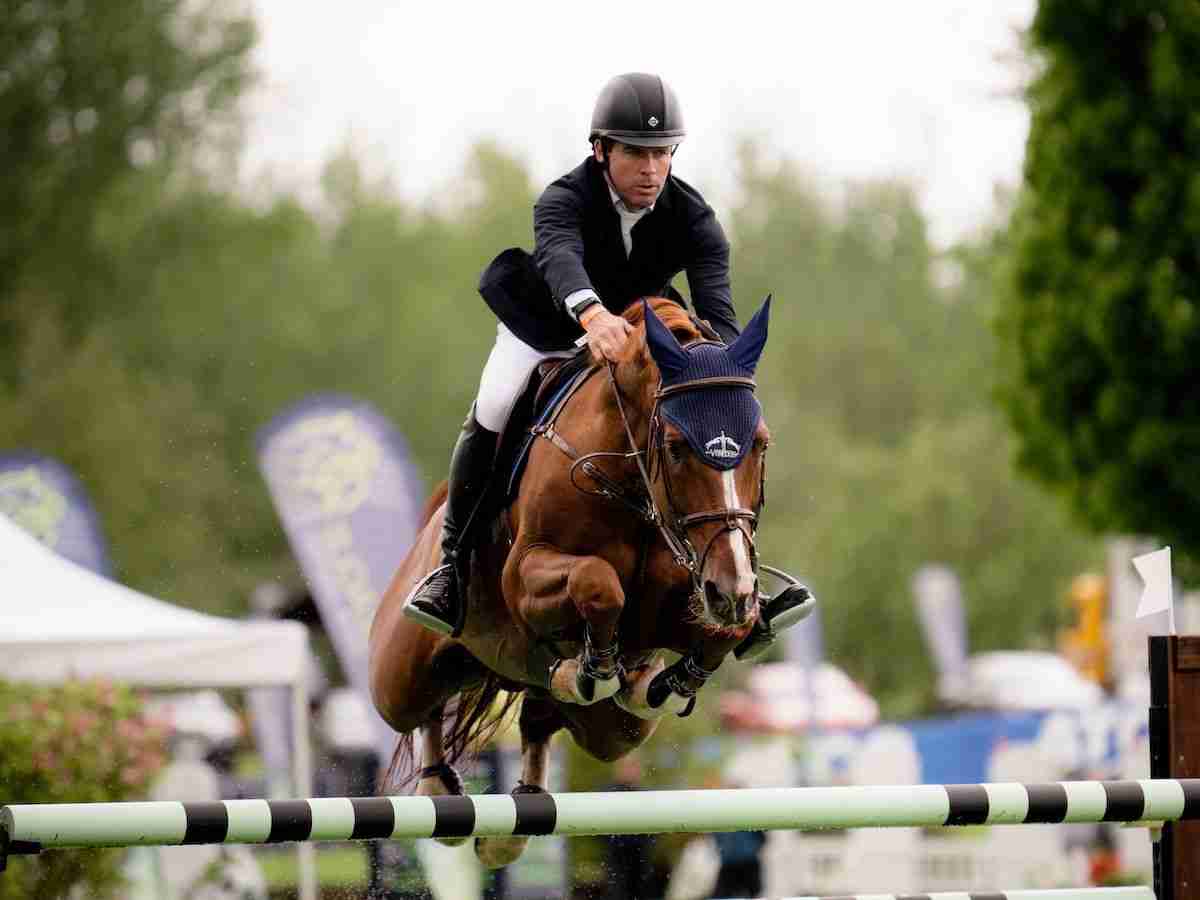 Beginning Friday’s competition for the CSI5* athletes, 21 pairs took on the $8,800 Maui Jim 1.45m Speed CSI5* in the Fort Grand Prix Arena. Over an 11-obstacle track designed by Grant, Rawlins and Wong, speed was the name of the game, a game that Ireland’s Conor Swail understood well. Aboard a newer mount, Nadal Hero & DB, Swail cruised around the course omitting strides in lines and taking direct approaches from fence to fence, even cutting inside the decoration mid-ring to shave off precious seconds and take home the victory.

Swail’s time of 65.58 seconds early on in the order put on the pressure that riders following could not catch. While some picked up the pace in an attempt to unseat Swail, rails fell as a result and ultimately no pair could reach within four seconds of Swail’s time, even with rails down. Swail clocked in nearly nine seconds faster than the second place finisher, fellow countryman Nicky Galligan and Hermione De L’Hodez, who crossed the timers in 74.11 seconds. Canada’s Alicia Lewis and Beneficial placed third coming home in 74.37 seconds.

“I haven’t really actually ran him that fast before, and he was getting more careful and more quality, so it looks like he’s going to be able to win for me more than once, thankfully,” Swail remarked on the 9-year-old Belgian Warmblood stallion. “I’m lucky enough that I have [Vital Chance De La Roque] and [Count Me In] that are doing all the great stuff at the higher level. So it’s nice that he’s just coming up underneath. There’s no pressure on him.”

At the 2021 Canadian Premier, Swail, tbird’s winningest rider, was ranked 79th in the world. Upon returning to the venue in 2022, he is ranked fifth worldwide after a stellar year across all levels on all his mounts.

“I’m on a great roll and my horses are healthy; I think that’s obviously one of the main things,” Swail shared regarding his success this year. “If you can keep them healthy and keep them competing, that just gives you plenty of chances. Every week I go to a show, I have a great opportunity to do well.

“It’s a beautiful ring to ride in,” Swail commented on the Fort Grand Prix Arena at tbird. “The people here are very friendly. They do anything they can to accommodate you. The grass ring is absolutely fabulous. The horses love jumping in it. The facilities are just fantastic. I think the horses are happy here and they jump well here. Every horse that I’ve ever been here with loves jumping on that field.”

Nadal Hero & DB has an impressive 49% clear round rate across 55 international starts according to the JUMPR App. Newer to the higher ranks, his clear round rate at 1.45–1.40m is 56%, hinting at a promising future as the young horse continues to jump bigger classes.