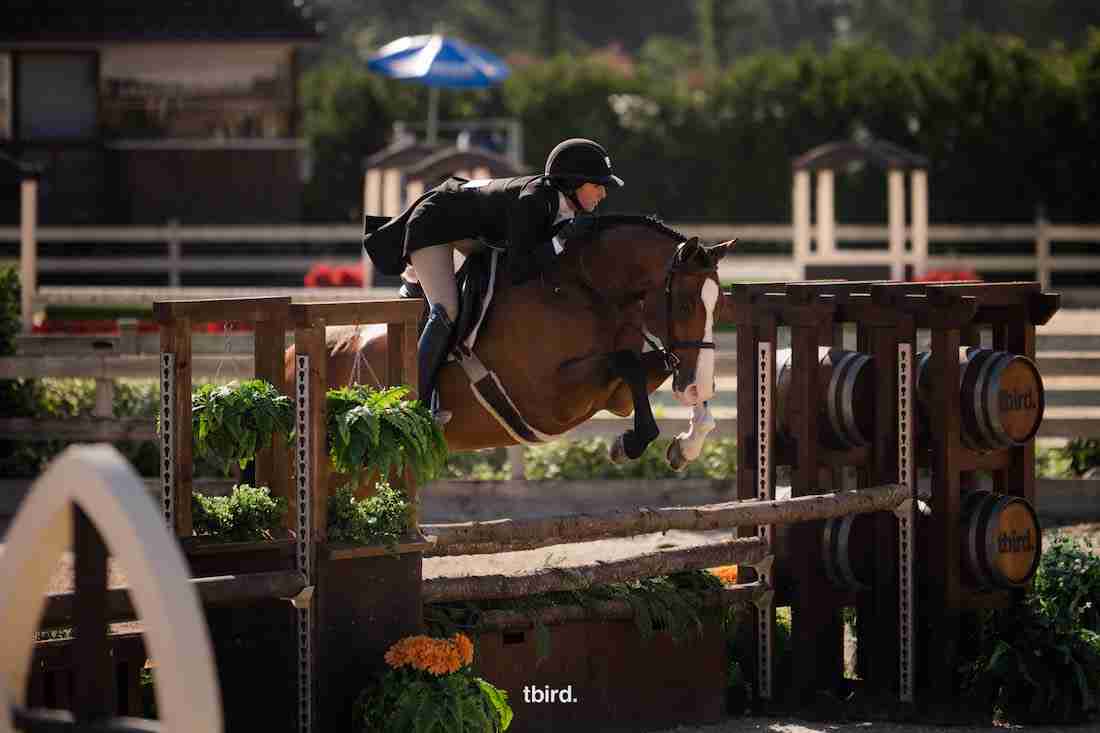 No rider was busier in the Amy Brattebo Real Estate USHJA National Hunter Derby than Nicole Bourgeois. The Sherwood, OR based professional brought five entries forward to the class and ultimately claimed four of the top five placings. That included the victory, which came aboard Hilary Sonse’s 9-year-old gelding Wayfinder.

The pair received scores of 91 and 92 over the course of the two rounds for a 183 winning total. Dustin Goodwin and Dolce’ Dacapo finished just behind them with a 182 total, with Bourgeois and Duck Duck Goose third (176.5).

Partnership certainly played a role in the class, which featured a course that spanned two Thunderbird Show Park arenas. The top two pairs separated themselves from the field after the first round, with Goodwin and Dolce’ Dacapo leading after the classic round with a score of 92, a point ahead of Bourgeois and Wayfinder. But Bourgeois got the upper hand in the second round, and a two-point advantage in the handy round ultimately earned her the victory—her second in two weeks, after topping the USHJA National Hunter Derby at the Split Rock Hunter Jumper Tour in Portland, OR (USA) last Saturday.

“In the handy, I thought any of [my horses] could have won,” Bourgeois. “Wayfinder is definitely a ‘10’ jumper and is probably the most handy of them in that fact that he’s a little bit smaller. We just came off of a win last week, so were riding that high.”

Wayfinder also doubles in the Amateur-Owner hunter divisions with his owner, but Bourgeois has primarily enjoyed the ride while Sonse was pregnant and delivered a son less than two months ago.

“She may come up here in a couple weeks,” Bourgeois said. “I get him to myself for the next week or two, but hopefully she comes up and shows in the Amateur Owners.”