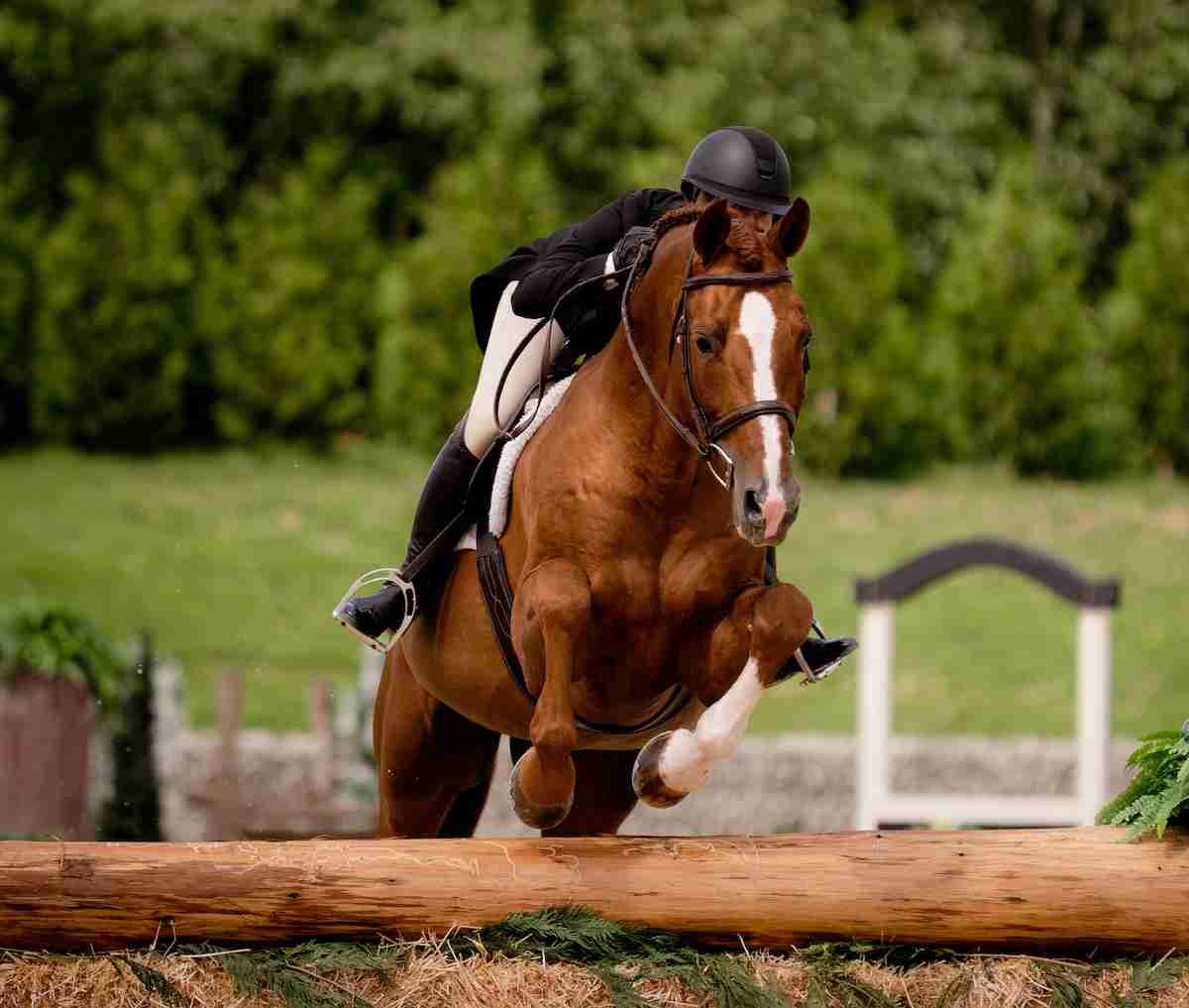 Jennifer Arnoldt’s Light My Fire has found his calling in the hunter ring.

The 10-year-old Hanoverian stallion was imported from Germany in March 2021 as a jumper, but after showing up to 1.35m in North America, his rider Ashley Arnoldt thought his talents might be better suited elsewhere. Now a top Amateur-Owner hunter and the reigning Western Canadian Hunter Derby Champion, Light My Fire and Ashley added the DIHP Canadian Hunter Derby (Open 3’6″ section) at the Western Family to their growing resume.

The duo received a score of 103 from the judges. Sloane Betker finished second and third aboard Kensington (102) and Crack (101), respectively.

“He’s the most perfect hunter,” Arnoldt said. “He’s super cool. He jumped up to 1.40m in Europe, and he was bought to be a jumper. I jumped him up to 1.35m, but I thought he could be a hunter, and from that first day [in the hunter ring], he never looked back.”

Just how cool of a customer is “Lenny”? The chestnut also has a “side job” as a breeding stallion at Arnoldt’s family’s Dreamscape Farm in Langley. Arnoldt competes as an amateur, while her mother runs the breeding operation. Dreamscape Farm stands 13 stallions, including Light My Fire.

“He’s just so easy and so simple,” said Arnoldt, 21. “He can go from breeding to the horse show and then go right back to breeding.”

The Canadian Hunter Derby is held in a unique one-round format, where riders receive a base score before bonus points are added for high performance options and handiness.

“When I walked the course and [saw] the first jump, I wasn’t sure whether to go right and take a wider turn or challenge [ourselves] with a handier turn,” Arnoldt said. “We took the [harder turn], and he nailed it. I knew from then that we were going to have a good day!”

Friday’s class served as a qualifier for the Canadian Hunter Derby Finals, which will return to the Royal Winter Fair in Toronto, ON—canceled in 2020 and 2021—after being staged at the Royal West in Calgary, AB last year. Arnoldt and Light My Fire finished second in Calgary and have their sights set on moving up one more place on the podium.

“I’d love to be Western Champion again and head out [to Toronto] and compete,” Arnoldt said.

Rodney Tulloch bookended the podium in the 3’3″ section, open to junior and amateur riders, along with professionals aboard Green 3′ and 3’3″ and Young Hunters. His top mount was Gabriel IV, who received a winning score of 111. Kassidy Keith finished second with Celebrate (108), with Tulloch and Carson third (106).